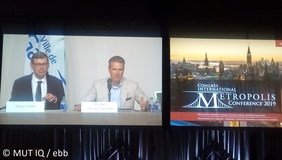 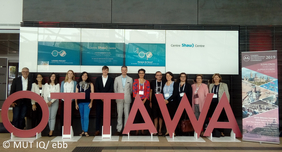 Representatives of the Network IQ were among the 1300 participants in the 2019 International Metropolis Conference which took place in Ottawa, Canada, from 24 – 28 June 2019. In a number of workshops, representatives of the Network IQ partnered up with international experts, migrant entrepreneurs, public officials, and practitioners to discuss a diverse range of areas that are key to the economic and social inclusion of newcomers – from skills recognition to intercultural development. The IQ workshops were met with considerable interest by conference participants, and they led to thought-provoking cross-country comparisons and vibrant discussions, especially with regards to the newly passed German law on skilled labour immigration.

A special feature this year was the Canada-Germany-Symposium, initiated by Jürgen Schröder, Federal Ministry of Labour and Social Affairs, Germany (BMAS), in which representatives of the BMAS, the Federal Employment Agency (BA) and the Insitute for Employment Research (IAB) compared and discussed the two immigration systems with their ministerial, administrative and academic colleagues from Canada. The Canada-Germany-Symposium was of high interest for the audience consisting of about 70 participants. Presentations were followed by an engaging discussion including questions on how both countries intend to increase their attractiveness for potential immigrants for keeping them in the labour market on a long-term basis. Further questions concerned the need for skilled workers in certain sectors and the German newly passed legislative package for skilled labour immigration.

For the Network IQ, the conference constituted a valuable opportunity to showcase its results and share its experiences, reflect self-critically on its work, learn about other successful approaches, and expand relevant networks of exchange and partnership.

More information about the Network IQ’s activities at Metropolis is available here.